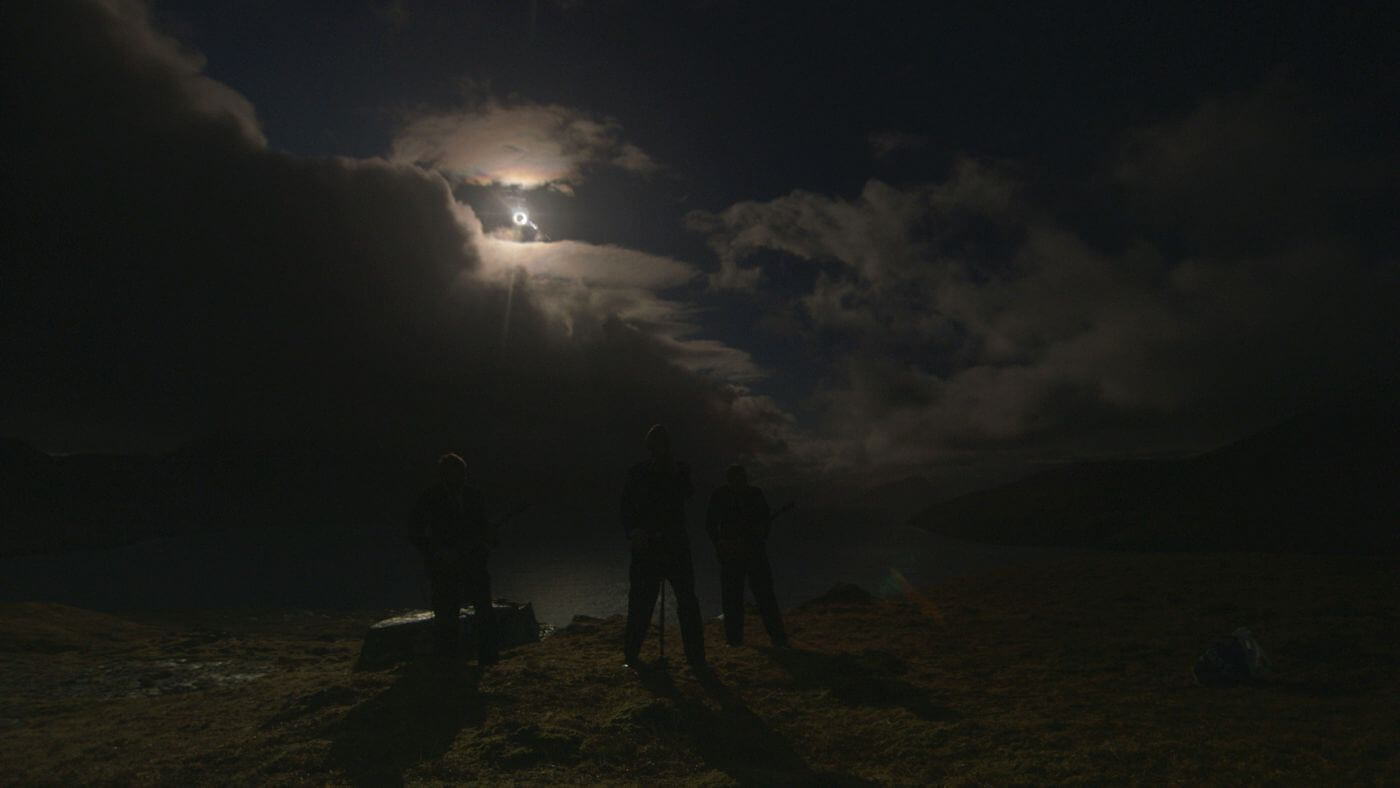 During a solar eclipse, time becomes compressed. The few moments the moon takes to edge its way between the sun and earth disturb the normal cycle of day and night, under certain circumstances even throwing a person’s spatiotemporal orientation over the edge. At least so say some of the impassioned eclipse chasers heard off-screen, pursued by both filmmakers on the Faroe Islands. Lukas Marxt and Vanja Smiljanic organized material they and others recorded during a solar eclipse in March 2015, to create a small catalogue of cosmic visual data.