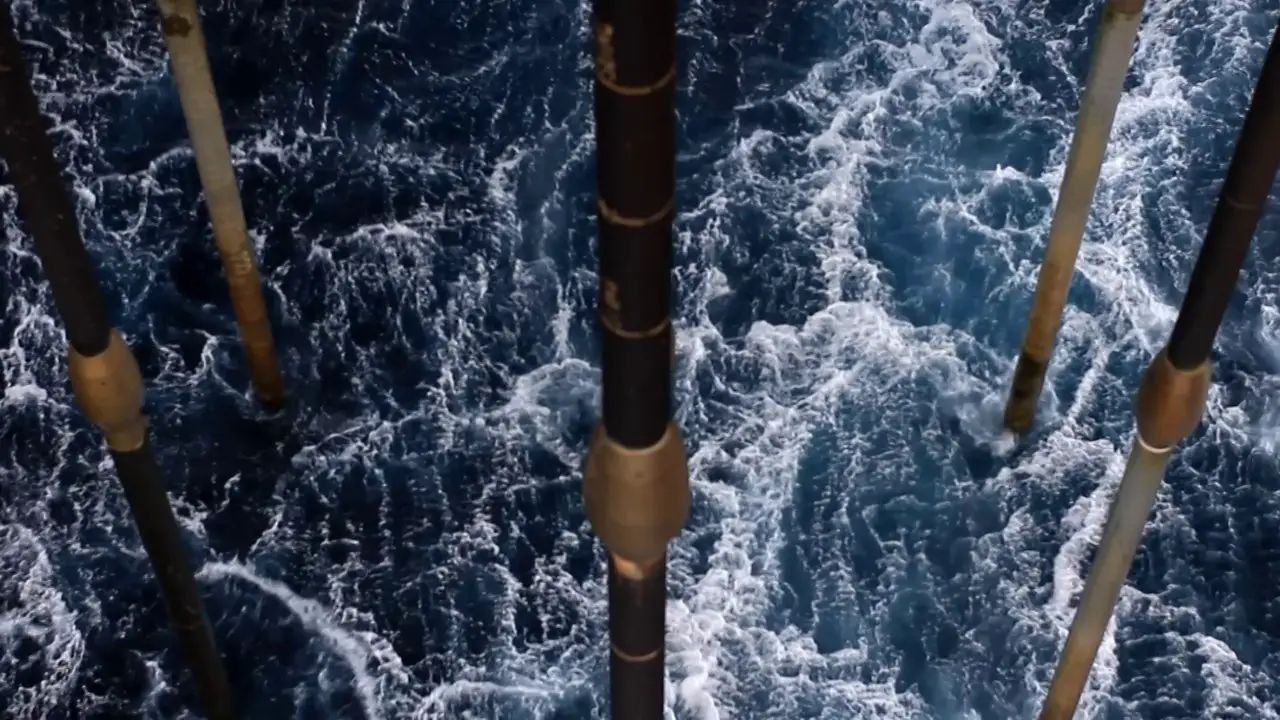 The impenetrability underlines the two-dimensionality of the images that develop from the interplay between a panoramic view and almost claustrophobic constriction. The vanishing point has shifted so far that all sense of perspective is literally absent. The most spectacular example of this is in a shot of gleaming, gray and copper-colored metal rods extending from or into the water, waves and foam raging around them. A machine-like gaze — Vertov’s camera eye — creates an image like this, enables this kind of perception. It creates a world that’s fragmentary, that repeats itself, in which things seem to be strangely animated. Everything vibrates, makes sounds, and comes alive, spawning a presence which the isolated men witnessing this can join seamlessly.