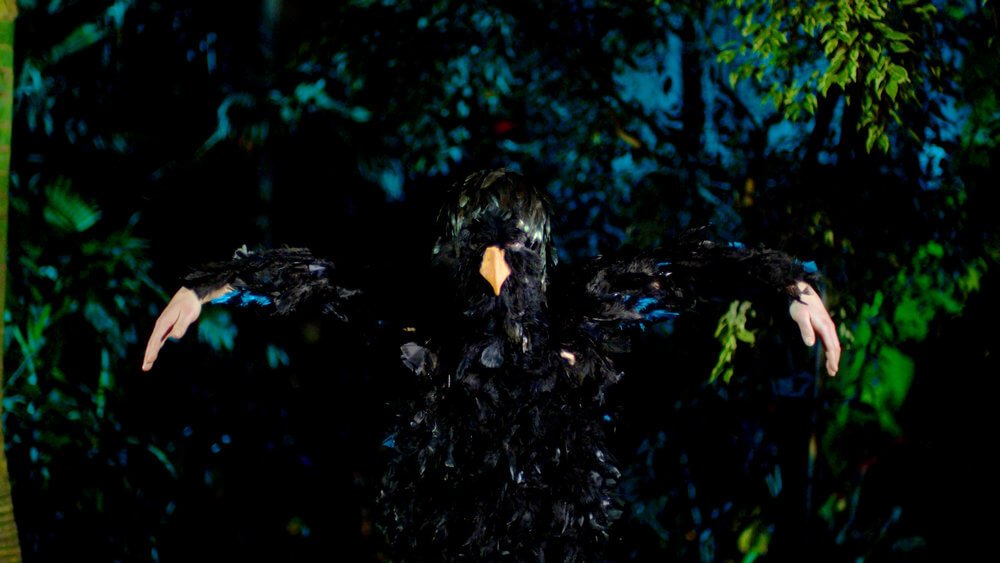 The story of A journey into Earth Otherwise Said is inspired from the first accounts of the natural and ethnographic explorations in America by the Conquistadors, the missionaries and scientists. The film is entirely shot in the Tropical Greenhouse of Lille, a building constructed in 1970 by Jean-Pierre Secq, a sort of reinforced concrete botanical Crystal Palace. The architecture and the plants of this closed place are used as narrative supports for an initiatory journey. As in a sort of philosophical tale, between the pastiche of the travel diaries and a ” jungle movie “, the film makes us penetrate the night of an exotic « elsewhere ». The greenhouse becomes the theatre of a rain forest, presenting the speech of an “explorer” and his visions: odd animals and masked women. It is a free reflection on the conquest of America and the images that it engendered. 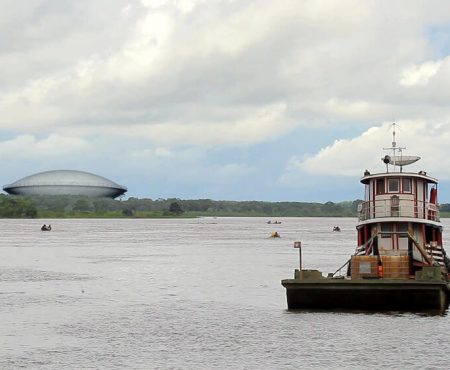 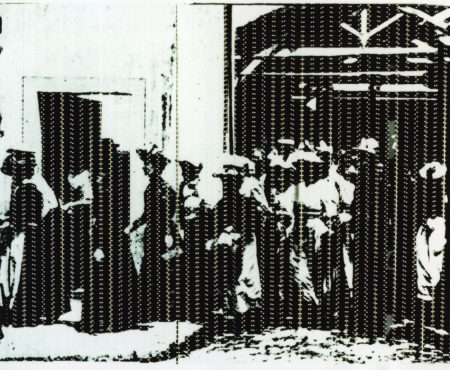