Presented by Film at Lincoln Center

He may best be known for the fabulist Berlinale-winner Tabu and the sprawling, three-part Arabian Nights, but Miguel Gomes’s short films are as inventive and enchantingly unusual as anything he created in his features. Film at Lincoln Center is pleased to present a selection of early shorts by the Portuguese director: at once politically incisive and hypnotically fabulist, absurdist and poignant, the four films in this program are a perfect summation of Gomes’s restless style and ongoing interests. A Kinoscope release. 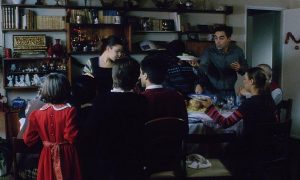 Christmas Inventory / Inventário De Natal
Portugal, 2000, 21m
Portuguese with English subtitles
Centering on the duration of a family’s Christmas Day gathering in 1985, the director’s second short film interweaves autobiographical fiction, crudely anthropomorphized toys, political broadcasts, and the film crew themselves, who subtly break into the film. Gomes lends a playful yet mysterious atmosphere to a domestic scene that unfolds with empathy and satirical precision. 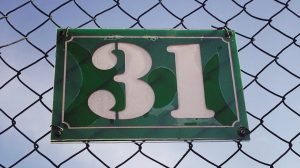 31
Portugal, 2001, 26m
Portuguese with English subtitles
After getting mugged on a tennis court, two rich kids meander around nature and disturb some beetles, a snake, and a monkey along the way. Gomes connects The Wizard of Oz with the timeworn effects of the Carnation Revolution in this low-key curio set in a Portugal decades removed from revolution. 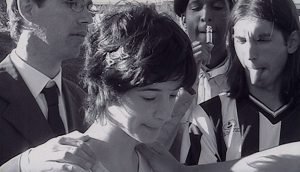 Kalkitos
Portugal, 2002, 19m
Silent with English intertitles
Referring to a decal brand from the late ‘70s, this absurdist send-up of Portugal’s past and present plays with early cinema tropes to depict the evolving politics of ten-year olds with the bodies of adults. Looping and re-mixing a 1973 pop ballad for sound effects, Kalkitos is a funny yet sometimes somber comment on a so-called new society. 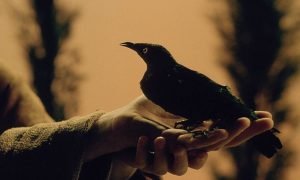 Canticle Of All Creatures / Cântico Das Criaturas
Portugal, 2006, 20m
Portuguese with English subtitles
Gomes’s tripartite portrait of Francis of Assisi is a formally restless, revisionist take on the patron saint of nature. A sumptuous artificiality marks the film’s progression, from self-aware documentary to stage play and finally to lyrical fantasy, in which a group of animals discuss their place in the food chain.
Theme developed by TouchSize - Premium WordPress Themes and Websites
or Register